KAZ Minerals, the largest copper producer in Kazakhstan, is nurturing ambitious plans to double the amount of sulphide ore processing in the medium term. The goal will be achievable with the commissioning of the second concentrator at Aktogay in the East Kazakhstan region. 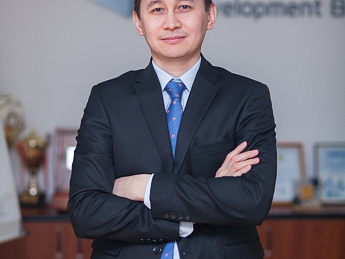 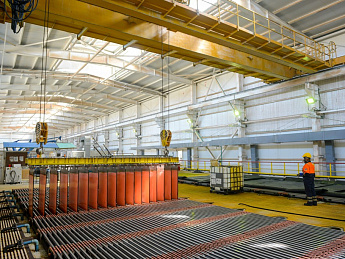 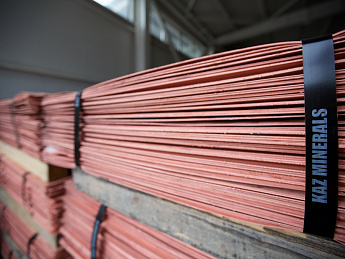 So far Aktogay products are manufactured at one processing plant, the construction of which was completed in 2017. Funds for the completion of construction in the amount of $ 300 million to the KAZ Minerals Group were allocated by the Development Bank of Kazakhstan (subsidiary of Baiterek Holding).

“The disbursement of DBK funds allowed us to complete the construction of the processing plant. In general, the capital expenditures on the Aktogay project amounted to $ 2 billion. In December 2016, the bank provided a loan for the purchase of equipment and completion of construction and installation works, the first concentrate was produced at the factory at the end of the first quarter of 2017.”, - noted in the copper mining company.

“The bank financed the construction of a sulphide ore processing plant with a capacity of 25 million tons as part of the construction of Aktogai Ore Mining and Processing Industrial Complex in December 2016. The company has already reached the estimated capacity. Products of Aktogai factory - copper in sulphide ore concentrate. Copper is now widely used in the power industry, telecommunications and automobile manufacturing,”-said Bakhytzhan Omarov, a senior banker in the Directorate for work with clients of the Development Bank of Kazakhstan.

According to KAZ Minerals, in the first half of the year the group produced 18% more copper than in the same period last year - 140 thousand tons against 118 thousand tons.

With the commissioning of the second factory until the end of 2021, the total volume of processing will be doubled until 50 million tons.

“The annual production volume until 2021 will average 90 thousand tons of copper from sulphide ore, from 2022 to 2027, after starting production at the second processing plant, it will increase until 170 thousand tons,” - noted at the company.

At the same time, the production of copper from oxide ore will be about 20 thousand tons per year until 2025.

Inspired by the impressive results of the Bozshakol and Aktogay projects, the board of directors of KAZ Minerals Group announced the payment of interim dividends of 6 US cents per share, stressing that today "the group has a portfolio of large-scale, low-cost enterprises that provide high cash generation and contributed to the rapid decline in the ratio of own and borrowed funds."

“The date of payment of the interim dividend is September 6, 2018. For holders of ordinary shares, the accounting date is September 7, 2018, and the dividend will be paid on October 3, 2018. ”, the company specified.

KAZ Minerals Group is the largest copper producer in Kazakhstan. The group operates in the Bozshakol open pit mines in the Pavlodar region and Aktogay in East Kazakhstan, three mines and three concentrators in East Kazakhstan, and the Bozymchak copper and gold mine in Kyrgyzstan. In 2017, the total copper production amounted to 259 thousand tons, as by-products, 58 thousand tons of zinc in concentrate, 179 thousand ounces of gold and 3.506 million ounces of silver were produced.

Aktogay is a large open-cast copper mine located in the East Kazakhstan region near the village of the same name of the Ayagozsky district. It is among the largest undeveloped copper deposits in the world. The project is being developed in two directions: work on the deposit of oxidized ore and sulphide ore.

Mineral resources of the field are 1.7 billion tons. The total amount of copper in ore is 5.8 million tons. As by-products, molybdenum concentrate will be produced in the processing of sulphide ores.

The expected life of the mine, taking into account the future implementation of the project of expansion of the Ore Mining and Processing Industrial Complex (Aktogai II), is about 28 years.