The project "Polymetal Zhairema" in the Karaganda region, which received government support from Development Bank of Kazakhstan, next year it is planned to apply digital technologies in the production process. In addition to Zhayrem, innovations, including artificial intelligence, will be used on 6 more projects of Kazzinc. 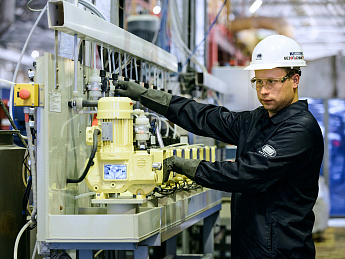 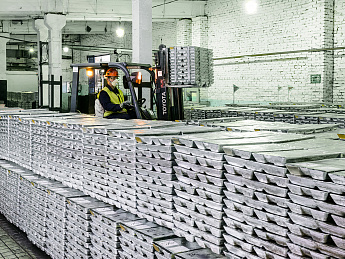 Last year, Kazzinc (controlled by Glencore International AG), which became a partner of DBK (subsidiary of Baiterek Holding), is actively working on a digitalization roadmap.

“In Kazzinc, within the framework of the roadmap for technical re-equipment projects using elements of Industry 4.0, seven projects are planned for implementation. Some of the projects have already been launched, such as the automated Pitram management system at Maleevsky mine in Zyryanovsk, others will be implemented until 2025,”-commented Maxim Gaifullin, business transformation manager of the company.

In the list of industries that will have to go through the process of digitalization, the project "Polymetal Zhairem" in the Karaganda region.

Last fall, the Development Bank of Kazakhstan opened financing for Kazazink to build a new mining and processing plant (MPP) in the village of Zhairem.

“This project is important for the development of the entire mining and metallurgical complex of Kazakhstan. Zhairem is one of the world's largest deposits of lead, zinc and barite. Zhairemskii MPP is, first of all, a promising Kazzinc project aimed at further developing the country's mining industry.”-Said Bakhytzhan Omarov, senior banker at the Directorate for working with DBK clients.

In 2019, there are plans to apply new technological decisions using modern high-performance equipment in the processing of polymetallic ores from the Zhairem deposit.

Also, according to Kazzinc, it is planned to complete the project “New Metallurgical Balance” by the end of the current year within the framework of the digitalization roadmap. It involves the creation of a single information database of production data, the digitization of the main processes: drying of samples, the movement of materials through the scales, the calculation of the feed stack, etc.

By 2019, the system of planning and budgeting from the company RPM GLOBAL for mining production will be implemented. As explained in the company, this system allows scenario-based modeling and planning of production and economic activity of mines and quarries.

Next year, the implementation of the digital project “Implementation and Replication of SAP” will continue. This is a single integrated information system that connects business processes, production management and personnel with the use of cloud technologies.

Also in 2019, the BigData project will be applied in production - a system for making objective production decisions based on statistical and factual data.

The most distant Self-Learning Systems project on the list is scheduled to launch in 2025. Within its framework it is planned to apply the technology of artificial intelligence to automate and control production processes, as well as making operational decisions.