The Expert spoke in an accessible form about the advantages of tenge-denominated Eurobonds and their attractiveness for foreign investors.

As you know, large businesses in Kazakhstan need cheap financing for a long time, and such financing can be provided by Development Bank of Kazakhstan (DBK, Subsidiary of Baiterek Holding). The national development institution has a wide range of relevant financial instruments in its arsenal - from providing medium-and long-term loans, including project greenfield financing, to export crediting of finished products. At the same time, due to its high credit ratings, DBK is able to successfully attract borrowed funds in addition to budget sources of financing for subsequent financing of its customers both in the domestic and international capital markets. Most recently, DBK carried out its third issue of Eurobonds denominated in tenge, which were placed among a wide range of foreign and Kazakhstan institutional investors. The Managing Director of DBK Botagoz Abisheva discussed details of these securities and their main advantages in the conversation with journalist of zakon.kz. 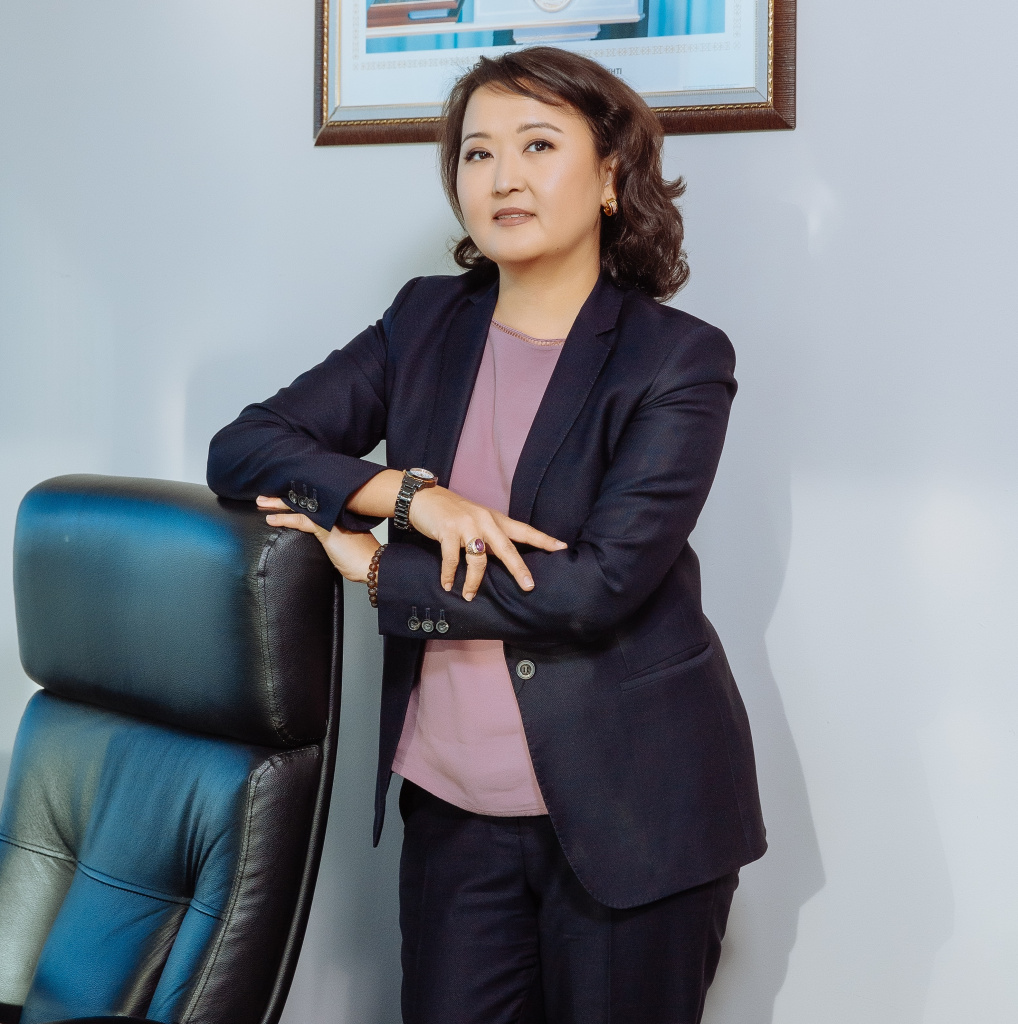 - Recently, DBK carried out the third issue of Eurobonds denominated in tenge in the amount of KZT 62.5 bln. Circulation period of securities is 5 years and the coupon rate is 10.75% per annum. Could you tell us about the main purpose of this financial instrument and its role in the economy of Kazakhstan?

- Bonds placed by DBK in the domestic and foreign capital markets are one of the most effective tools of long-term borrowings used by DBK to replenish liquidity and increase in the volume of lending to the economy. Given that DBK specializes mainly in financing of large projects, the funds raised through the issuance of Eurobonds in significant amounts allow lending to businesses on favorable terms for entrepreneurs. Moreover, as you know, DBK is the main operator of the State Program of Industrial and Innovative Development the Republic of Kazakhstan (hereinafter - SPIID). The terms of the latter stipulate that DBK must "mix" funds from budget target programs with funds raised on market terms in a 50:50 ratio. Accordingly, the funds received from the placement of bonds are directed to the implementation of the market component of such programs. Simply put, DBK attracts the necessary additional amounts of medium- and long-term liquidity in tenge from the international capital market by issuing tenge-denominated Eurobonds.

- Can you explain it in plain words?

- Any Bank, including DBK, has specific tools for attracting debt financing. These may include, for example, deposits, bilateral and syndicated loans, and borrowings in the interbank market. For financial institutions, in this case for DBK, bonds (debt securities) in general and Eurobonds (bonds placed in foreign markets in accordance with international standards) in particular are one of the most common tools for raising money. Traditionally, bonds are placed (i.e. sold to investors) on foreign or domestic capital markets. By itself, the term "external market" means that DBK Eurobonds were offered to both international and Kazakhstan investors. In turn, domestic or local bond issues are offered only on Kazakhstan market.

At the same time, DBK, being a state development institution, attracts budget loans (for example, through the national budget or specialized target programs) in tenge, which are also a tool for replenishing the Bank's liquidity.

Now let me explain why we needed to issue Eurobonds. DBK is an operator of state programs, where it is stipulated that for every 1 tenge of budget money, DBK must add 1 tenge at the expense of money raised on market conditions (in fact, not from the state). Further, budget and market funds are mixed, which allows the borrower to get a loan on acceptable terms, which, characteristically, differ favorably from those offered by second-tier banks. Moreover, in some cases, this approach is the only way for an entrepreneur to get access to long-term financing necessary for the implementation of one or another investment project, which is the main prerequisite for this program.

- How does the third issue of DBK Eurobonds differ from the previous two?

- In general, the structure of the transaction in all three issues of DBK Eurobonds is the same. Bonds are placed for a fixed term (in case of the third issue this term is five years), at a fixed rate, and are denominated in tenge. There is a slight technical difference in that the second issue of Eurobonds issued in 2018 was offered also to US institutional investors in accordance with so-called "Regulation S" and "Rule 144A" of the US Securities Act, while the first and third issues were placed only among European and Asian investors. This was due to the need, among other things, to diversify the investor base between different issues and, in addition, to optimize the costs associated with the bond placement procedure.

- Can we say that the success of the latest issue confirms the growing interest of international investors in instruments denominated in the currencies of countries with developing economies (including tenge), and in general to the economy of Kazakhstan?

- First of all, it is worth noting that Development Bank of Kazakhstan is one of the most creditworthy financial institutions in Kazakhstan from the point of view of foreign investors who pay tribute to the strategic role played by DBK in the economy of Kazakhstan. This is reflected, for example, in the Bank's credit ratings, which are at the so-called "investment" level, meaning the Bank's high quality as a borrower. DBK's financial statements are issued in accordance with international standards. In addition, DBK was one of the first in Kazakhstan to implement a financial reporting system in accordance with the IFRS-9 standard. The presence of Independent Directors in the Board of Directors (hereinafter - BoD), a well-built risk management system, and, of course, unconditional and comprehensive support from the state is also of great importance.

In addition to DBK, Eurobonds denominated in local currencies are issued by issuers from many emerging markets, including Russia and other CIS countries. The volume of such placements is constantly growing on a global scale. The fact that against this background, DBK successfully places the third consecutive issue of Eurobonds denominated in tenge on fairly favorable terms confirms that investors have a steady interest in tenge-denominated tools. In turn, this is due to two main factors, namely the growing confidence in tenge as a currency, due to the overall macroeconomic stability in Kazakhstan, and the high creditworthiness of DBK as an Issuer.

- As previously reported, these bonds are linked to the US dollar, and payment of all amounts is made in this currency. What does this mean in practice, and does it offer any advantages to the investor?

- Strictly speaking, bonds are not "linked" to the US dollar. From the point of view of DBK, these bonds are the tenge commitment (i.e., they are not affected by changes in the dollar exchange rate against the tenge). At the same time, calculations on bonds – payments of coupon interest and the principal amount of the nominal value – are made in US dollars. This is due to the fact that today in Kazakhstan there is no possibility of calculation for all financial instruments denominated in tenge through international clearing systems – Euroclear or Clearstream. Therefore, DBK is forced to make all calculations in US dollars, but the payment amounts are initially fixed in tenge. In other words, investors take on currency risk, and US dollar is simply used for calculations to bring money from the Investor to the Issuer (that is, to DBK), and vice versa.

- That is to say, if US dollar rate suddenly rises sharply, then these bonds will also lose in price?

- No. The risk of tenge devaluation is assumed by investors, but they take it consciously, having calculated all possible risks before purchasing our bonds. But it is worth noting that in general, the interest of foreign investors in DBK Eurobonds indicates their confidence in tenge, and accordingly, they hope that there will be no large devaluations. But even if US dollar rate rises sharply, the cost of currency risk is already embedded in the expected yield. After all, investors are not based on trust alone, and before investing their money, they conduct a thorough calculation and analysis of possible risks.

- How much does the coupon rate of 10.75% per annum correspond to the rates of other similar securities, that is, is it more or less than rates of other Eurobonds?

- This rate is exclusively market-based and corresponds to comparable analogues. First of all, you need to understand that any bonds have their own benchmark, that is, a price benchmark. Thus, the benchmark for the formation of price of Eurobonds denominated in tenge is the curve for DBK securities issued in the local market, as well as for bonds of the Ministry of Finance of Kazakhstan, i.e., for government stocks (GS). Since DBK is a quasi-sovereign Issuer, the yield on DBK bonds is slightly higher than on the GS, and it is determined by market demand at the time of attraction. For example, if the yield on the GS is approximately 9.5-10%, then investors expect that the rate for DBK obligations will be approximately 10.5-11.5%.

For example, the yield to investors on the first issue was 9.5%, on the second – 8,95%, and on the third – 10.75%, which reflects the dynamics of GS yield in the corresponding time period. At the same time, it should be noted that due to regular placement of DBK bonds, including in the local market, it has become much easier for investors to determine the equilibrium, i.e., "fair" yield. This is the specifics of market conditions.

- Why was the third bond issue not placed in full?

When making a decision to issue Eurobonds, the Board of Directors always determines the maximum ratio of the coupon rate and the amount of attraction. This time, at a price that was acceptable to us, we were able to record a volume of 62.5 billion tenge. Theoretically, if DBK adopted a slightly higher yield, we could place the entire planned volume of 100 billion tenge. However, the management of DBK considered the final ratio of profitability and placement volume to be optimal, taking into account DBK's investment plans.

- Who can buy Eurobonds – only legal entities or individuals too; and can an Investor sell them in the secondary market without waiting for the end of the circulation period?

- The nominal value of one bond is 50 million tenge. Both individuals and legal entities can buy our securities. If you want to purchase a certain security, you must contact a broker, since all procedures are conducted through brokerage companies that manage the funds of private and legal entities, as well as carry out the purchase of bonds and their sale.