This week the President of Kazakhstan Kassym-Jomart Tokayev paid a working visit to Karaganda region. The Head of State has visited a number of systemic companies of the region, in particular, the projects implemented with the participation of Development Bank of Kazakhstan JSC. Abay Sarkulov, Chairman of the Board of the Bank also took part in the delegation.

The Head of State became familiarized with the production of high-quality ferrosilicon (FeSi75) at YDD CORPORATION LLP, which is used to improve the mechanical and corrosion resistance of metals in the smelting and alloying of steel and iron alloys.

Kassym-Jomart Tokayev was shown the production process and finished products that are used in industrial, civil engineering, ship, aircraft and auto industries. The plant has a capacity of 180 thousand tons of products per year. The technology makes it possible to produce ferrosilicon and ferromanganese. The share of Kazakhstani part in the project is more than 95%.

The shareholders of the plant, E. Nigmatulin, D. Kemertelidze and Z. Appaz explained that the project aims to meet local and global demand for ferrosilicon in the markets of Kazakhstan, Europe, South-East Asia and North and South America. 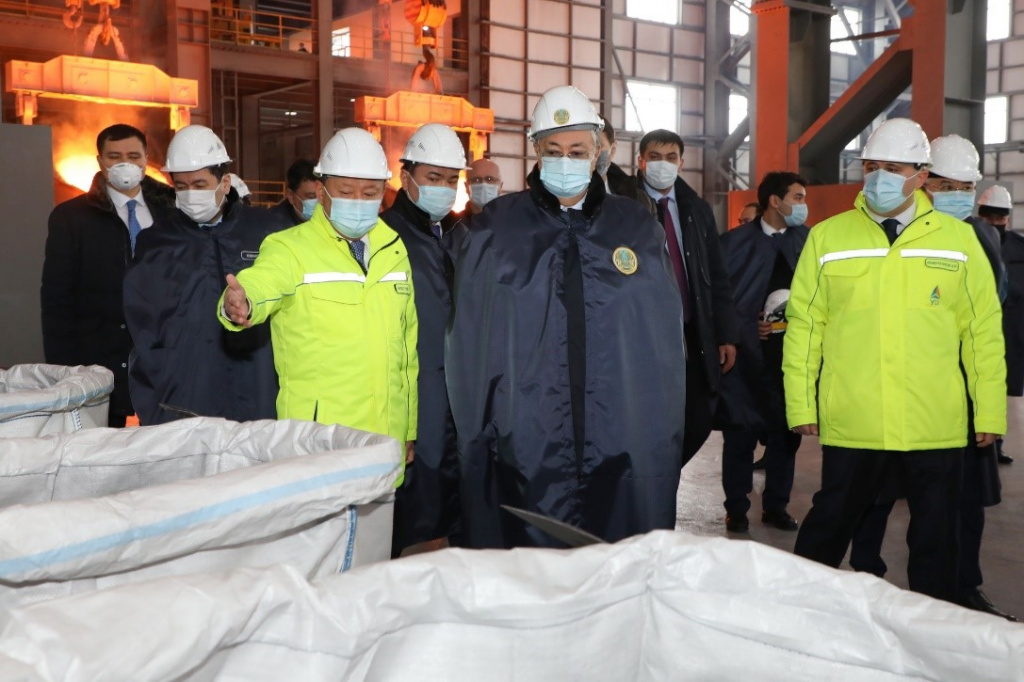 The company's products meet the highest global quality requirements. During the pandemic, the company managed to expand its sales geography by 15 countries and develop the export potential of the Republic of Kazakhstan. Currently, the plant exports its products to more than 37 countries.

During the first wave of Covid-19 pandemic, the company managed to maintain its current production volumes due to the creation of all necessary conditions by the company to switch from a shift work schedule to the rotational work.

The President also toured the production management center and became familiarized with the implementation of the new project by Qaz Qarbon LLP.

- Congratulations, this is a very necessary and good thing. It is a serious asset in our economy, not to mention a serious contribution to the industrialization of Kazakhstan. I look, as they say, on the move. Good big plans, we will follow and help, - the Head of state said.

At the end of his visit, Kassym-Jomart Tokayev wished success to the workforce of the ferroalloy plant (according to http://www.akorda.kz/).

According to the National Statistics Bureau of MNE RK, industrial enterprises of Karaganda region manufactured KZT 2368.5 bln. in January-October, which is 2.4% more than the same period in 2019. Production in the manufacturing industry increased by 4.6%.

The Bank's loan portfolio currently includes four projects being implemented in the energy sector and the mining and metallurgical complex in Karaganda region.

One such project is the construction of a mining and concentration complex for processing polymetallic ores in Zhairem village of Karaganda region with a capacity of 5 million tons of ore per year. Financing of MCC Zhairem Mining and Concentration Complex JSC (in Kazzinc LLP structure) started in 2017. The total cost of this project is $424 mln., DBK has provided KZT 33 bln. (about $100 mln.) for 7 years, the rest financing is provided by the project initiators' own funds. Construction of the new complex at Zhairem polymetallic ores deposit is planned in two stages. The first stage will include mining operations (development of East open pit and further development of Far West open pit as well as Zhairem deposit) and construction of a heavy-medium separation shop. The first and second stages of the complex are planned to be commissioned in 2021, with the production of commercial products.

The new concentrator will have a capacity of 5 million tons of polymetallic ore per year, producing 460-480 thousand tons of lead and zinc flotation concentrates (lead and zinc in concentrate at 50% and 55%, respectively). The complex employs 800 people in the construction.

One of the unique projects in Karaganda region is a project for construction of a concentration plant and modernization of the existing foundry in Qaz Carbon LLP. In July this year, DBK opened a credit line of KZT 9 bln. 24 mln. for 7 years for Qaz Carbon LLP. The total cost of the project is KZT 12 bln., with KZT 3 bln. of own funds already invested, including foreign investments. DBK has financed the project within the State Program of Industrial and Innovative Development of RK for 2015-2019.

The launch of the concentration plant is planned for 2021. The capacity of the plant will be 300 tons per hour or 1 800 000 tons per year. The output will be coal concentrate, the main consumer of which will be Karaganda Ferroalloy Plant of YDD Corporation LLP (YDD Corporation). It is also planned that some of the products will be exported and the rest will be used as raw materials for the company's own needs. 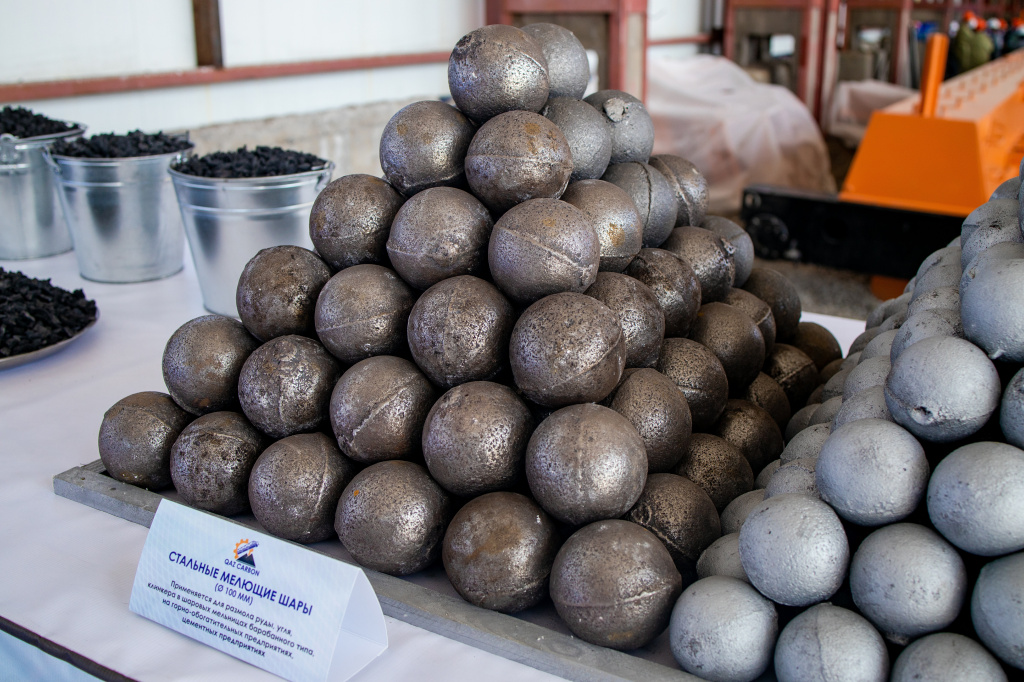 The project is innovative, as it involves the use of the latest technologies of raw coal preparation with incoming ash content from 15% and enables the delivery of 2-3% to the inherent ash. The uniqueness of the chosen technology lies in the fact that the concentrating does not affect the environment in the region, as the entire process takes place indoors, where there is not much space required for water clarification basin.

The second part of the financing will be used to modernize the existing foundry. The project aims to increase existing steel and cast-iron production capacities.

The company created 1 216 workplaces. The average salary in the company is KZT 245 thous. In 2019, the company's tax payments amounted to KZT 2.1 bln.

Construction of ferrosilicon plant in Karaganda with production capacity of 96 000 tons per year by YDD Corporation LLP is also one of the largest projects in the region financed by DBK. The total cost of the project is KZT 36.5 bln. The project was implemented entirely at the expense of private funds of Kazakhstan and European investors, with attraction of DBK loan financing within the SPIID (KZT 24.1 bln. for 11 years at 8.9% per annum). 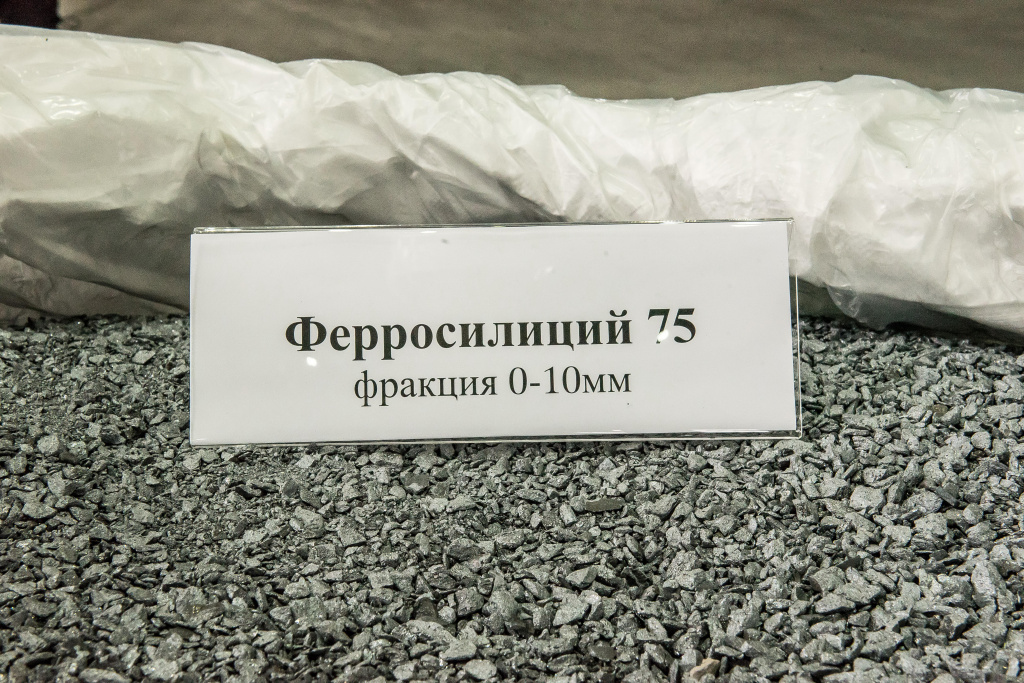 Karaganda region is also implementing a project in the energy sector - the expansion of Karaganda CHP-3 by Karaganda Energy Center LLP. The project includes the modernization of the existing CHP-3, construction of a new power unit with an installed capacity of at least 110 mW and a thermal capacity of at least 180 Gcal/hour. Implementation of this project has made an invaluable contribution to the task of reducing energy shortages in Karaganda кegion and creating conditions for its further development. The project was implemented under the State Program for Accelerated Industrial and Innovative Development of the Republic of Kazakhstan for 2010-2014. The total cost of the project is $284.8 mln., with the Bank providing $92.8 mln. (32% of the total cost) for 10 years. 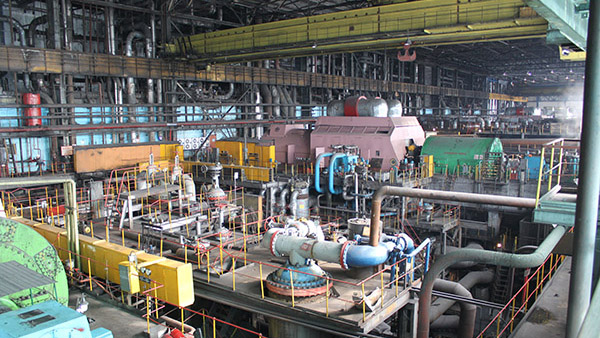 The implementation of these projects will give a significant impetus to the diversification of the region's economy, increase productivity through the transfer of the latest generation technologies, and provide the region with new jobs. DBK will continue to finance the country's systemic companies within its mandate and provide support for new projects in the manufacturing sector.