Today, most international companies are actively investing in the implementation of compliance programs and international control standards, as well as popularizing intolerance towards any manifestation of illegal actions on the part of their employees. Not surprisingly, corporate scandals generate public outcry, reduce labor discipline, destroy reputation and undermine stakeholder confidence, which in turn entails loss of profits and legal costs. Nevertheless, despite the widespread introduction of best practices for the prevention of such violations, the compliance system remains one of the most complex systems to build, requiring long-term systematic implementation. Alma Aimurzina, Head of the Compliance Service of DBK, spoke in an interview with DBK Talk about how the Development Bank of Kazakhstan (DBK, a subsidiary of the Baiterek Holding) managed to create the correct system of corporate values ​​and why it’s important. 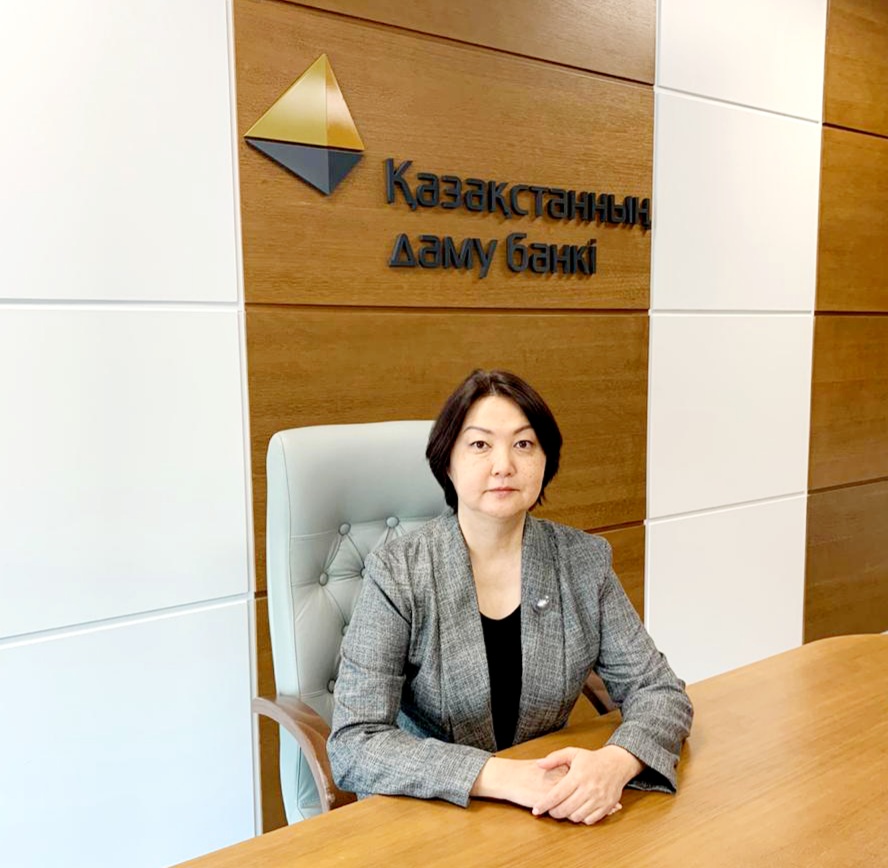 Despite the fact that the compliance system is very difficult to implement, it is at the same time extremely effective as a tool for preventing corruption within organizations. According to Alma Aimurzina, the main thing in this process is not regulation, but a correctly built complex system of corporate values. Development Bank was one of the first to start forming a compliance system, having created a corresponding service in 2008. Moreover, DBK was the first in Baiterek Holding group to take on the function of combating corruption. Today, in order to reduce corruption risks and minimize the influence of the human factor, DBK is automating the business process.

As the head of compliance in an organization that has become a flagship in this area, tell us what is the complexity and peculiarity of anti-corruption activities in the corporate sector?

Compliance service at DBK was established 12 years ago. Initially, its functions included conducting anti-corruption examinations of the Bank's internal acts, preventing and resolving conflicts of interest, but with the adoption in 2009 of the law on combating money laundering and terrorism financing, a new direction appeared. The peculiarity of DBK is that we are the first in the Group of the Holding to take on the function of combating corruption: it is conducting an anti-corruption examination of draft internal acts of the Bank, maintaining a list of affiliated persons, expert examination of projects, including identifying the involvement of the Bank's clients in committing corruption offenses. Since 2015, after the adoption of the anti-corruption law, the question arose of creating an anti-corruption system that meets not only the requirements of Kazakhstani legislation, but also the requirements of international standards. The reason was that the Bank cooperates with international financial institutions, which set a high bar for anti-corruption standards. It should be noted that we did not stop at the implementation of anti-corruption standards within the Bank, since the anti-corruption system is, albeit integral, but part of the corporate governance system. Thus, one of the principles in the field of sustainable development of the Bank is intolerance to corruption. We understood that DBK and its subsidiaries should develop dialogue with stakeholders in order to raise their awareness in the fight against corruption. That is why they included anti-corruption clauses in agreements on opening a credit line and bank loan agreements concluded with the Bank's clients.

Indeed, with the adoption of the Law and the expansion of the list of persons equated to persons authorized to perform state functions, we were faced with the task of determining a complete list of such persons. If everything is more or less clear with the definition of persons authorized to make decisions on the organization and conduct of procurement, then with the definition of persons responsible for the selection and implementation of projects financed from the state budget and the National Fund, some questions arose. DBK has a special legal status, its activities are regulated by a separate law on Development Bank of Kazakhstan. A three-stage project examination procedure has been introduced in DBK, with several departments involved in each of them, each of which performs its own task. All projects go through several stages of consideration by the collegial bodies of the Bank, each of which makes decisions within its competence. As you can see, this is a wide range of people, so we turned to the Anti-Corruption Agency and received an answer that when deciding to classify DBK employees as “a person equated to persons authorized to perform state functions”, it is necessary to be guided by the non-membership of the employee in the collegial body, and its official powers provided for in the internal documents of the Bank. 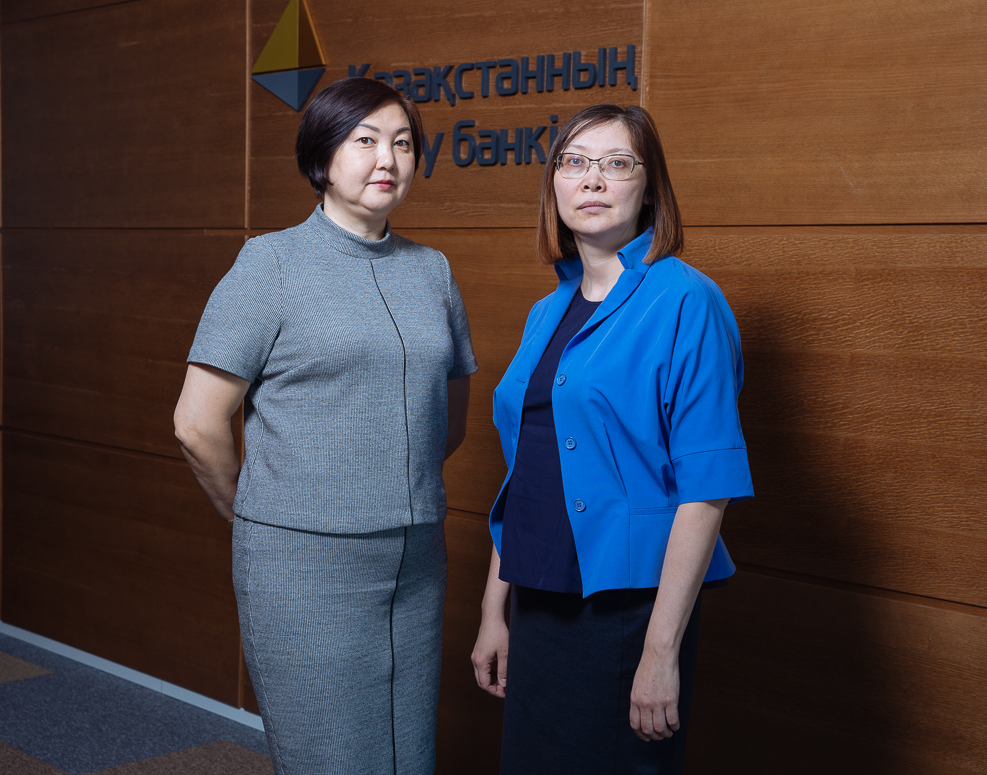 Employees of the Compliance Service of the Bank Alma Aimurzina, Aigul Aitbekova

Thus, we analyzed all organizational and administrative documents, including the powers of attorney issued by the Chairman of the Bank's Management Board, for empowering employees with certain powers, job descriptions of employees not lower than the level of the head of the structural department involved in the procedures for the selection and financing of projects and compiled a complete list of equivalent persons, informed them about the need to submit a declaration of income and property to the tax authorities. Now work is underway to obtain from them applications for the adoption of anti-corruption restrictions.

Tell us more about the anti-corruption policy at DBK.

The first Anti-Corruption and Fraud Policy, as it was called then, was adopted back in 2014. It defines the types of corruption offenses, for the commission of which administrative or criminal liability is established, anti-corruption measures that must be taken without fail in the Bank. Moreover, the document discloses the procedure for conducting quarterly anti-corruption monitoring, internal analysis of corruption risks, regulates the adoption of anti-corruption restrictions by equated persons, and financial control measures. In addition, the policy contains information on communication channels for reporting any manifestations of corruption both on the part of the Bank's employees and in relation to the Bank's employees on the part of third parties. The anti-corruption standards of the Bank are annexed to the policy.

Every year, all employees of the Bank, including management, send a confirmation to the compliance service that they have carefully studied, understood and undertake to follow the policy in good faith. Currently, a package of changes has been prepared related to the adoption of the law of October 6, 2020, including the anti-corruption policy.

How is the policy for the settlement of corporate conflicts and conflicts of interest structured?

Back in 2010, at the initiative of the Compliance Service, DBK team adopted a Policy on resolving conflicts of interest between the Bank's officials and employees. In 2015, the document was supplemented with the norms on the settlement of corporate conflicts. It is important to clearly understand that such a conflict of interest is the emergence of personal interest in any transaction that interferes with the proper performance of one's official duties, and sometimes leads to negative consequences. Therefore, it is from this point of view that we have identified situations of conflict of interest.

Now our bank is automating the Bank's business processes, introducing the BPM system, which, in addition to optimizing business processes, minimizes the influence of the human factor, which in turn reduces corruption risks. Thus, we have automated the process of generating lists of the Bank's affiliates in the Bank's BPM system, which is updated monthly. Upon receipt of an application from a client, the data is checked against the list of affiliated persons. If a match is found, the information is sent to the compliance service to issue recommendations on how to resolve the conflict of interest or abandon the transaction if settlement is impossible. In addition to situations of conflict of interest, the policy contains the procedure for their settlement, as well as the procedure for reporting such situations.

Does DBK have a concept of ethical gifts or is there no practice of giving gifts?

Last year we adopted a gift policy, the main goal of which is to minimize the risk of corruption associated with distributing branding products and receiving and giving gifts. Firstly, we have defined what a gift for the Bank is - not only a thing, but also any services, invitations, trips, other forms of remuneration provided by employees or to employees of the Bank. Secondly, we have defined the concept of an ethical gift - these are gifts to counterparties in the course of legitimate business activities, justified by the goals of strengthening business and partnerships, maintaining the Bank's prestige, traditions of hospitality, subject to the requirements of the legislation of the Republic of Kazakhstan. All employees of the Bank, in the event of an attempt to give gifts, are obliged to take immediate measures to return the gifts to the person who gave it. If it is impossible to return the gift, they can be used for charity purposes. The Compliance Service keeps a record of the gifts received and where they were transferred.

As far as we know, analysis of corruption risks was carried out in the activities of the Human Resource Management Department. Please share your results.

As a result of internal analysis, we revised the procedure for the competitive selection of candidates for vacant positions. I would like to note that the Ton at the Top principle in DBK is being implemented in practice, since the Bank's Chairman of the Board Abai Sarkulov was responsible for its results. He made a decision that the competitive procedures for the selection of personnel should be revised, while the decision on hiring a particular candidate should be made by the personnel committee. Now the number of candidates considered by the personnel committee must be at least three people per vacancy. Now the Bank's internal website contains information about how many applications have been reviewed, selected for participation in testing and interviews, and the number of candidates submitted to the HR committee is indicated.

What communication channels are available in the Bank's compliance service?

For external calls, we have a hotline telephone that has a call recording function, its number is indicated on the DBK corporate website https://www.kdb.kz/contacts/. Complaints from the Bank's employees are sent in writing directly to the Compliance Service.