On May 31, the Development Bank of Kazakhstan (DBK, the Bank, a subsidiary of “Baiterek” NMH” JSC) which is a national financial institution that supports the country's industrial non-resource sector celebrated its 20th anniversary. This year, DBK's anniversary symbolically coincided with the 30th anniversary of the establishment of the sovereign Kazakhstan. It also signifies an inextricable connection between the common goals and strategic objectives of economic diversification, and also the need to improve the living standards and investment climate in the country. To know why the DBK is often compared to an icebreaker capable of paving the way for business development in all regions read our special report.

The Law on the Development Bank of Kazakhstan specifying its objectives, tasks and mandate has been adopted on April 25, 2001. Then, on May 18, 2001, the Government of the Republic of Kazakhstan issued a decree on the establishment of DBK, and on May 31, the Bank had been registered in the Ministry of Justice of the Republic of Kazakhstan. Since then the history of the Development Bank began. It has marked the transition from the reconstruction period of the post-Soviet collapse to the full-fledged development policy of modern Kazakhstan.

Today, the DBK is still well placed at the cutting edge of economic reform by paving the way for domestic businesses not only within the country, but also in other countries. DBK has managed unique deals, financed strategic and infrastructure giant projects, supported export-oriented enterprises and participated in government programmes which have created a solid base for the development of small and medium-sized enterprises and related industries and services. For example, enterprises are growing along transport routes, around energy facilities such as hydropower and renewable energy plants and new or upgraded factories and plants financed by the Bank. All these elements create full-fledged logistics and production clusters that provide a significant cumulative effect that changes the lives of the Kazakhstani people for the better. 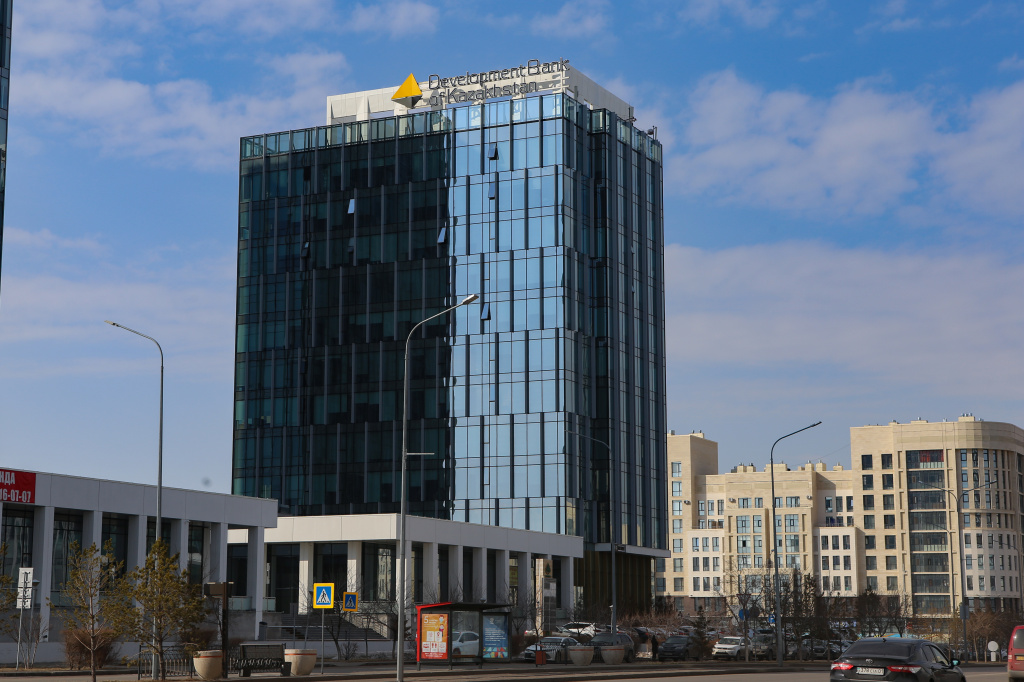 “It may seem challenging to calculate the direct effect of DBK's activities on the lives of ordinary people in Kazakhstan but when you look at the statistics, you immediately see the results. Since the beginning of its operation, the Bank has made a significant contribution to the development of the economy: the total volume of projects and investment programs financed exceeded 3.7 trillion tenge which is about 149 investment projects and 107 export operations. In all regions of the country, 122 investment projects valued over 7 trillion tenge have been launched from scratch or modernized and also more than 30 thousand workplaces have been created. These are all DBK's contribution to the industrialization of Kazakhstan, its future," - said Abay Sarkulov, Chairman of the Management Board of the Development Bank of Kazakhstan.

If we look at the map of projects implemented by DBK, we can see that the Bank has been involved in launching all strategically important companies in the country which are supposed to be key drivers of the national economy. We are talking about projects in mechanical engineering, petrochemical and mining industries, food production, construction, logistics, energy and renewables, communications, tourism and export operations. Each project of the Bank is unique. These projects help to increase tax payments to regional budgets and create new workplaces, as well as produce high-quality Kazakhstan products with high added value. 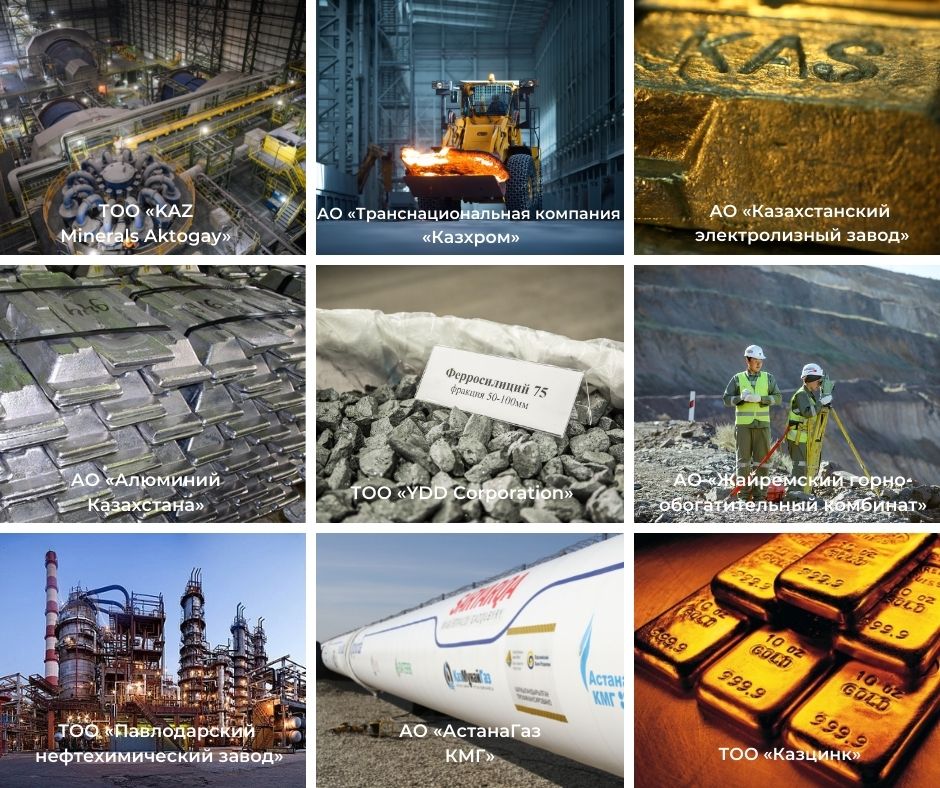 In particular, the Bank's financing made it possible now to establish the production of Kazakhstan long rails of ARBZ, railway wheels of Prommashkomplekt, power transformers of Asia Trafo, poultry meat of Kus-Vkus of Makinsk poultry farm, high quality ferrosilicon of YDD Corporation, coal concentrate of Qaz Carbon LLP, cars of Hyundai and Saryarkaavtoprom. In the oil and gas sector, the DBK financed the construction and modernization of oil refinery plant in Atyrau, Shymkent and Pavlodar, and "Condensate" oil refinery plant and construction of methyl tert-butyl ether plant by Shymkent Chemical Company LLP, which not only solved the problem of domestic market deficit and fully met the needs of population and business for high octane gasoline in Kazakhstan, but also made it possible to export fuel abroad. 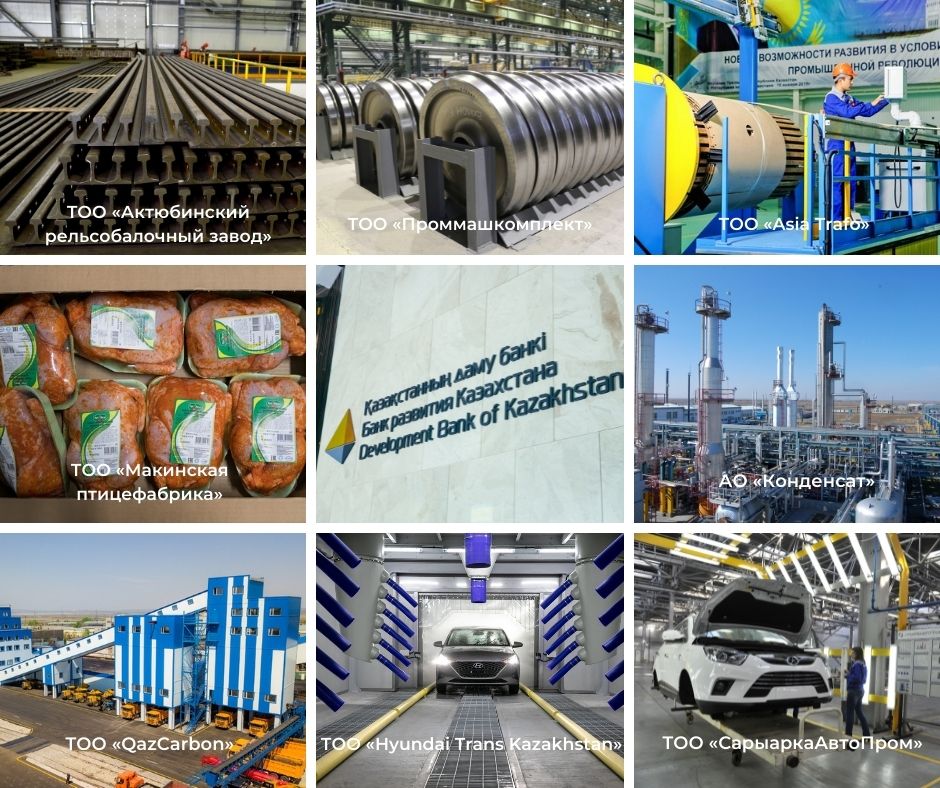 The Development Bank of Kazakhstan has successfully provided gas supply and modernized settlements in Kyzylorda, Aktobe, Turkestan, Mangistau and Zhambyl regions and also built the Saryarka gas pipeline. Approximately 17.5% of the country's total RES are projects financed by the Development Bank of Kazakhstan. We have also been providing internet connection in rural areas, developing the tourism industry, reconstructing the passenger terminal of the capital's airport and carrying out other important projects in our country.

The Development Bank of Kazakhstan as all development institutions that are established to support the economic security of the country aims at the implementation of government reforms and economic plans. After the 2015-2016 crisis, the Bank became the main partner of domestic enterprises and the main driver of socially important projects by becoming the key financial operator of several government programmes such as the State Programme of Industrial and Innovative Development (SPIDI) and the Nurly Zhol State Infrastructure Development Programme. This step gave the Bank an opportunity to diversify its loan portfolio, improve the social background of the regions of Kazakhstan, develop import substitution to a large extent and increase the volume of exports of the products.

It should be noted that due to its high international ratings, the Development Bank has been able to successfully attract money from foreign markets to implement national programmes despite the governmental sources of financing. For example, within the framework of the state program of industrial and innovative development for 2015-2019 we have attracted 150 billion tenge from the market out of 75 billion tenge allocated from the National Fund and 178 billion tenge from the national budget out of 178 billion tenge. Only at the end of 2020, for every 1 tenge from public funds, the Development Bank attracted 3.35 tenge of market borrowing. In total, since the beginning of its activity, DBK has attracted 12,326. 4 million tenge.

"When it comes to choose the operator for state programmes, the Development Bank is often chosen because not all financial institutions and banks can provide large amounts of money at low interest rates for such a long period of time. That is why the Development Bank of Kazakhstan has been chosen as the largest player in the sector to accumulate the necessary funds to build new large enterprises and expand the capacity of existing ones. Now, after we received a credit of trust from the state, we are also the operator of a preferential car loan programme which is popular among the people", - also said Abay Sarkulov, Chairman of the Management Board of the Development Bank of Kazakhstan.

Over the past 20 years, the DBK has earned and strengthened its reputation as a reliable creditor and partner in the international capital markets, which helped it to raise funds even in difficult years of economic and epidemiological crises. Today, DBK's ratings are one of the highest among quasi-sovereign and banking sector enterprises in Kazakhstan. Also in international capital markets, Kazakhstan development institution with a high capitalization and with a good credit rating is perceived as a benchmark for the country.

By the way, in 2020, the Bank invested 506.2 billion tenge in manufacturing and infrastructure and financed 33 major projects and pre-export operations in various regions of the country with a large social and economic impact. In 12 months of operation, the DBK approved 10 applications for investment projects and 4 applications for pre-export operations for a total of 311.9 billion tenge. These are modern high-tech industries created with environmental requirements and have made a significant contribution to the industrialization of Kazakhstan, its future and the improvement of the well-being of the people of Kazakhstan. Products of Kazakhstan manufacturers "Made in Kazakhstan" are in great demand not only in our country but also far beyond. The Development Bank's loan portfolio increased by 14% to 1,970.7 billion tenge

There is certainly a great contribution from the Bank's clients, partners and stakeholders behind all these results!

Dear clients, partners and stakeholders of the Bank, I would like to express my gratitude for your high trust, support and the joint path that you are sharing with us! The Bank's success and achievements are the result of our joint efforts and common determination to achieve high goals. Without your support and faith we would not have achieved significant results!

Today, the Development Bank of Kazakhstan celebrates its 20th anniversary in the year when Kazakhstan celebrates the 30th anniversary of the establishment of Sovereign Kazakhstan. So, just like the country, we are stepping into a new stage of development, and just like Sovereign Kazakhstan, we see huge prospects for development. DBK's plans and objectives are inextricably connected to the goals set by the country's leadership. They include building a new structure of a diversified, self-sufficient economy with an accent on the manufacturing industry.

We are not slowing down the pace, otherwise, we are setting even more ambitious goals that will bring benefits to business, the country's economy and our people. I am confident that the mission entrusted to us will be accomplished and the Development Bank of Kazakhstan will cope with the set tasks.

I wish you further development and prosperity, holding your leadership position in the market, great economic achievements, and dynamic growth of key figures and successful implementation of strategic objectives! 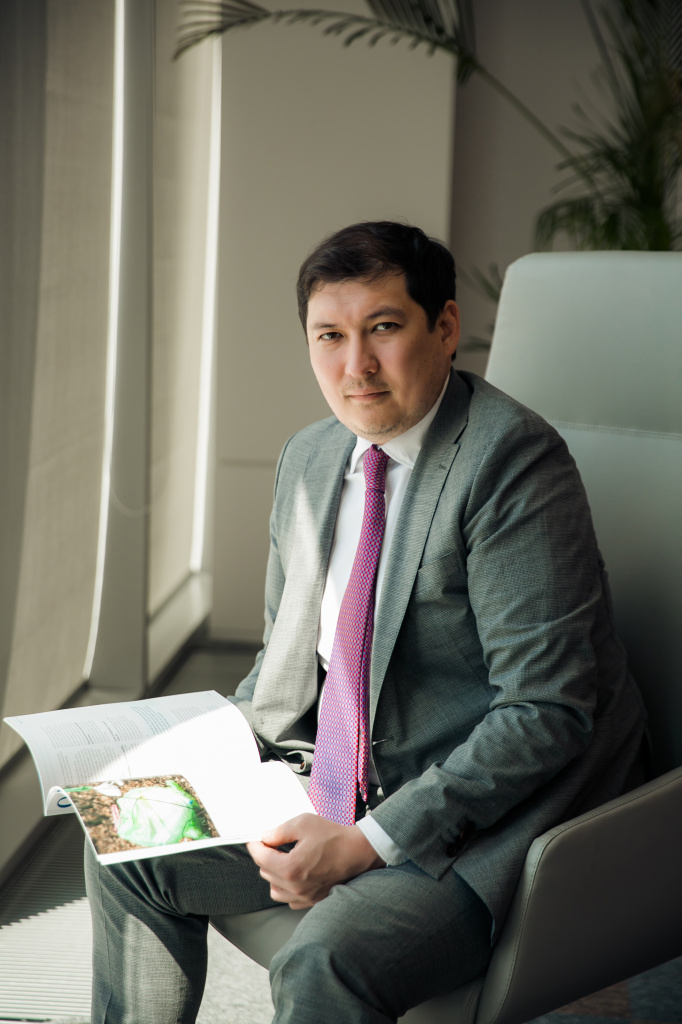 Best regards,
Abay Sarkulov, Chairman of the Management Board of the Development Bank of Kazakhstan.