The major trends and perspectives on the debt market development in Kazakhstan, as well as the possibility of attracting debt financing on international markets, primarily in Russia, were the main topics of discussion at the V round table “Debt Market of the Republic of Kazakhstan”. The annual event, which has become a key platform for dialogue between representatives of the financial community and the real economy, was held online this year with live inclusions from Moscow and Almaty. The conference was attended by representatives of regulators, leading Kazakhstan and Russian investment banks, development institutions, rating agencies, as well as other securities market participants. 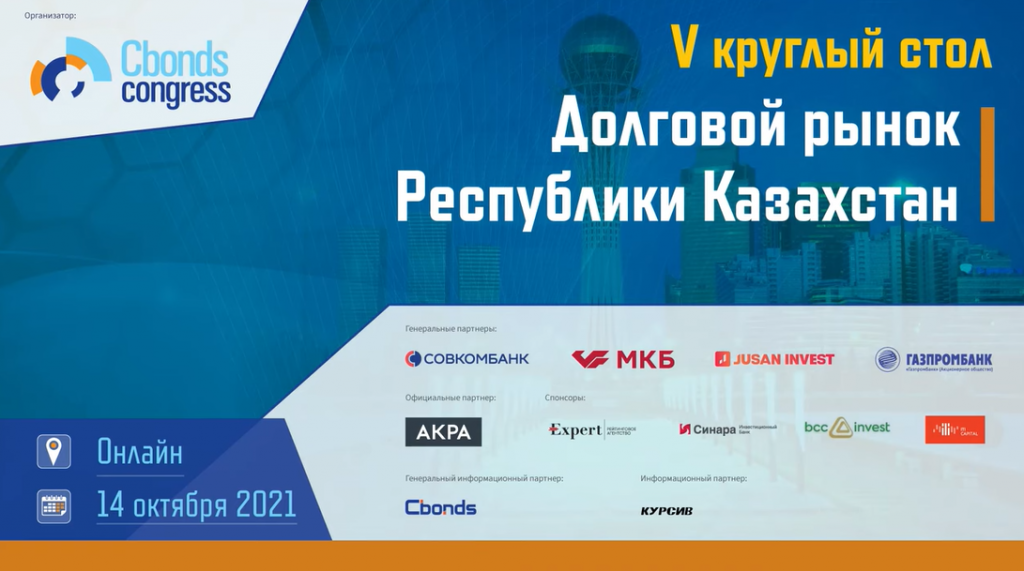 Dmitriy Babichev, Deputy Chairman of the Management Board of the Development Bank of Kazakhstan (DBK, a subsidiary of the Baiterek Holding) was an expert at the panel session devoted to discussion of bond market, where he spoke about DBK instruments, attraction of necessary financing in local and foreign capital markets and shared the Bank’s plans for issuing ESG bonds.

In welcoming the round table participants, Sergey Lyalin CEO of the Cbonds Group of Companies noted the major trends in today’s debt market in Kazakhstan – the formation of high-yield bonds segment and the active role of private investors. According to the conference participants, today this market is mainly represented by securities of microfinance organizations, but a gradual growth of other issuers is expected in the future. Increasing investments in Kazakhstan bonds by foreign investors, as well as the activation of Kazakh borrowers in the Russian market are noted as no less important trends in the development of Kazakhstan debt market. Indeed, the data presented by First Vice President of Gazprombank Denis Shulakov, who noted today turnover of 80 bln. state debt in the form of RK bonds in the Russian market, was proof of the active development of the Russian market by Kazakh borrowers. 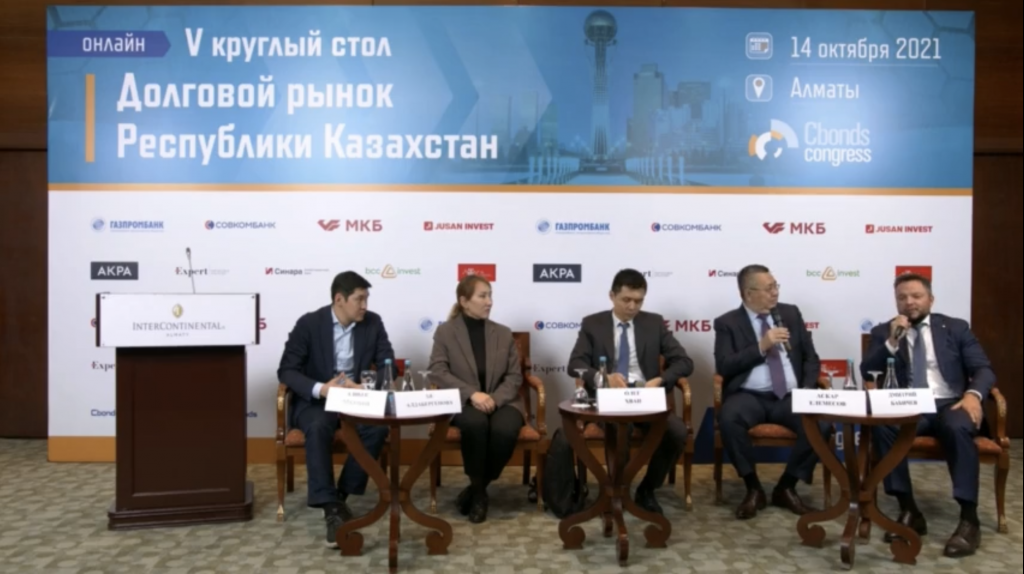 The session participants also noted other trends that are common to today’s bond market in Kazakhstan, in particular greater investment in short-term securities and corresponding drop in long-term securities, gross issues of quasi-public issuers in the corporate debt market, and a commitment to low-carbon development of the country until 2050 – ESG investments growth. 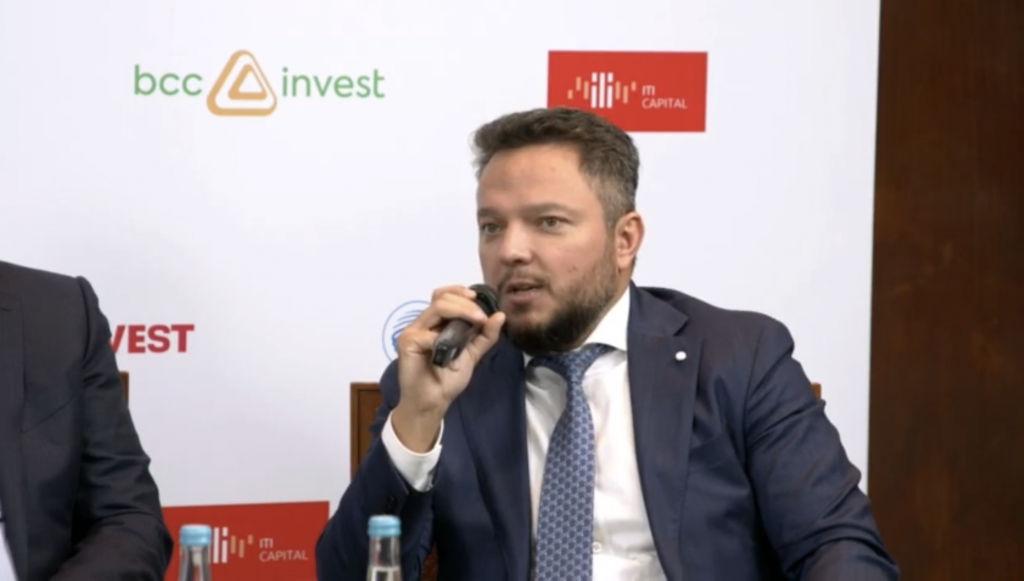 According to Dmitriy Babichev, Deputy Chairman of the Management Board of DBK, the Development Bank of Kazakhstan has long thought about the issue and placement of green bonds, as the Bank has managed to build up sufficient experience in financing and structuring projects in alternative energy. Now, the Bank has six green projects: the 50 MW wind power plant in Akmola Region, the 100 MW solar power plant in Kapchagay district in Almaty Region, the Zhylga Solar Power Plant in Turkestan Region, the Turgusun-1 Hydroelectric Plant in East Kazakhstan Region, the 100 MW Nurgisa Hydroelectric Plant near Kapshagay, and the 50 MW Kaskelen Solar Power Plant in Almaty Region.

“We have quite a lot of experience in financing alternative energy projects, and we have been thinking about issuing and placing green bonds in Kazakhstan for quite some time. However, there are some problems holding us back now, such as lack of liquidity for foreign investors and differentiation between conventional and green bonds among local investors, i.e. lack of regulatory and tax exemptions,” said Dmitry Babichev, Deputy Chairman of DBK Management Board for Financial Management.

He also added that despite such difficulties, Kazakhstan’s market is attractive to foreign investors. 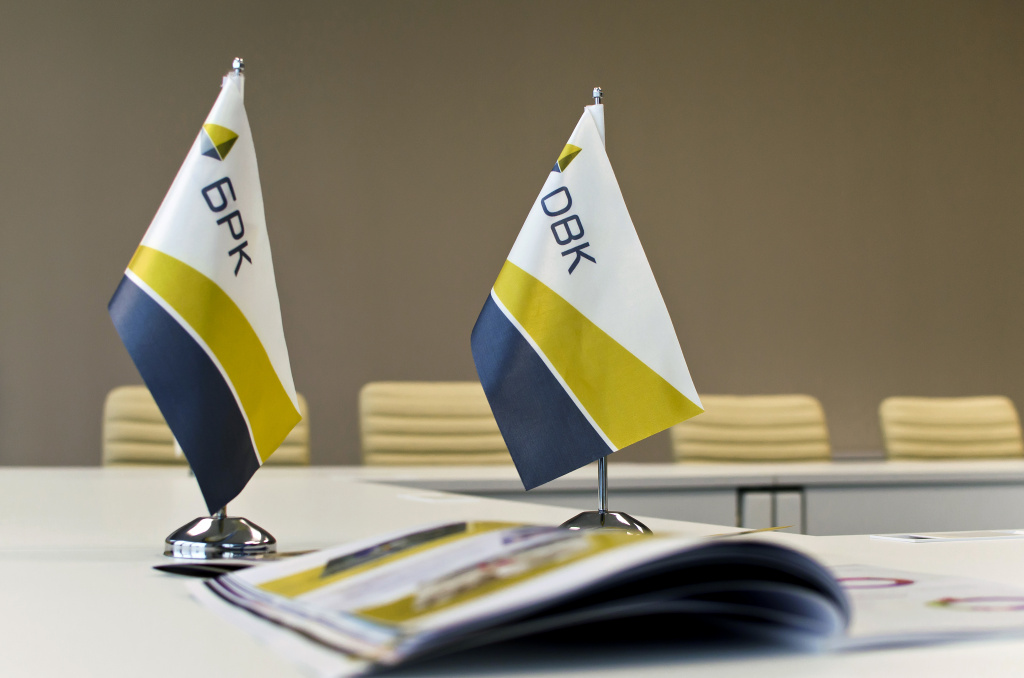 This year, the round-table program also included the market for government securities and corporate bonds. Thus, in section “Kazakhstan Financial Market: Infrastructure and Regulation,” participants noted that in 2020-2021, the quasi-public sector entities raised the most financing. Speaking about perspectives for the stock market, the speakers emphasized the extension of the financial instruments supply and improved protection of investors’ rights.

As part of the session “Keynote: Macroeconomics”, the representatives of Gazprombank have shared key macroeconomic indicators focused on constant challenges for the regional economy as a whole, and Kazakhstan in particular. Thus, according to them, there are three key global challenges today: recovery from the pandemic, the acceleration of inflation, and the exit of global central banks from ultra-soft policies.

“The recovery of regional economies is proceeding as rapidly as possible; in principle, the issue of recovery from the recession is closed, and all economies are expected to accelerate this pace in the near future. As for Kazakhstan, we forecast that in 2022, economic growth will be 3.8% and can approach the pre-crisis growth rates. The recovery will be facilitated by domestic demand supported by fiscal stimulus,” said Vladimir Pantyushin, Head of Market Analysis Department in Gazprombank.

The conference ended with live from studio in Moscow, where the session took place devoted to the opportunities of the Russian market for Kazakh borrowers.