Development Bank of Kazakhstan JSC (a subsidiary of Baiterek National Managing Holding JSC, hereinafter – DBK, the Bank) continues to increase its loan portfolio, the volume of which according to the preliminary results of 2019 reached 1 728 billion tenge, an increase of 31.5 billion tenge or 1.9 % compared to 2018. At the same time, since the creation of the Baiterek Holding in 2013, the volume of the Development Bank's loan portfolio has increased by 4.6 times or 356%. 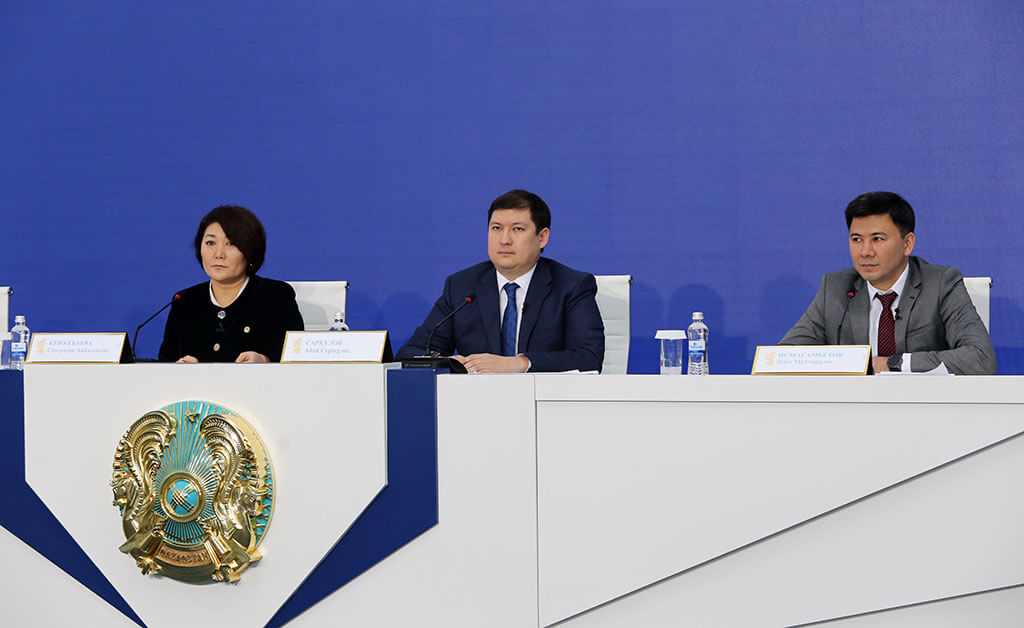 DBK finished 2019 with a positive financial result - according to unaudited data, consolidated net profit amounted to 7.5 billion tenge. The volume of equity amounted to 424.1 billion tenge, an increase of 12.8% compared to 2018.

During the reporting period, the Bank allocated 481 billion tenge for lending to the economy (including interbank lending in the amount of 28 billion tenge), and within the framework of direct lending, the Bank approved 11 investment projects and 3 export operations of non-resource industries for a total of 436.5 billion tenge. These are major projects such as: construction of SPP with capacity of 100 Mwatt in Kapchagai, construction of Saryarka Main Gas Pipeline, construction of a Plant for the production of methyl-tert-butyl ether in Shymkent, expansion of the processing capacity of MPP in Aktogay, provision of broadband access to rural settlements of the Republic of Kazakhstan using fiber-optic communication lines, construction of the second stage of a poultry plant for broiler farming in Akmola region, and other projects. 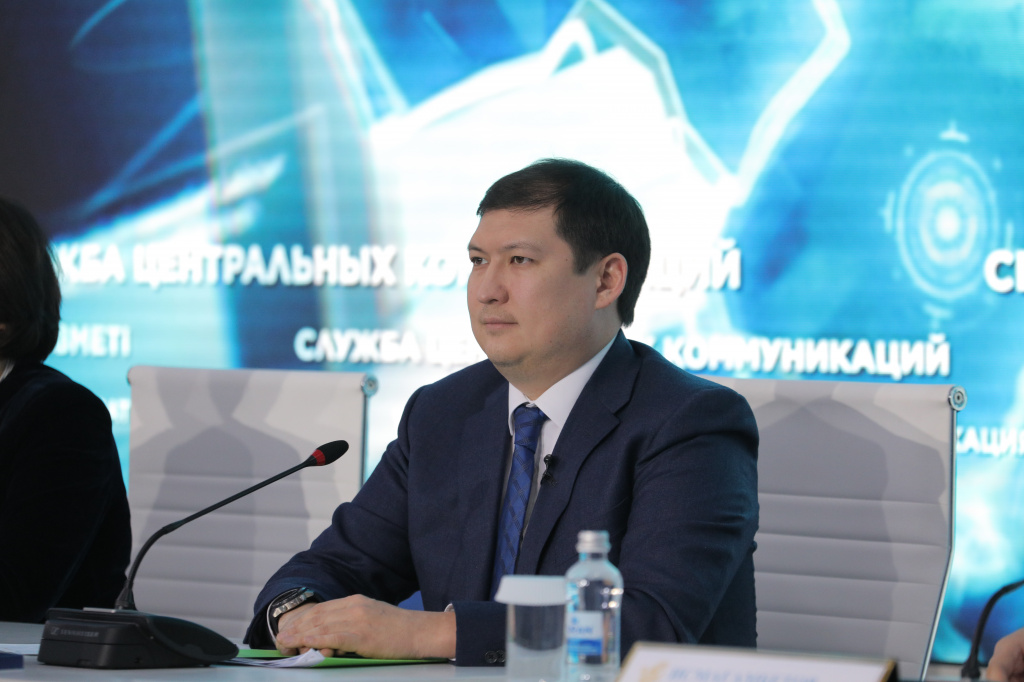 In order to reduce the share of public funds in the funding structure, the Development Bank uses various borrowing tools, both on the domestic and international capital markets – issuing and placing bonds, attracting interbank and budget loans, attracting deposits, developing credit lines, etc.

In 2019, 1.17 tenge of borrowings were raised for each tenge from public funds on market terms. 54% (177.9 billion tenge) of 329.5 billion tenge of funding, raised by DBK last year from various sources, accounted for by market funds. Thus, the DBK provides an increased demand of the Bank's borrowers for credit resources in the national currency. The share of loans in tenge in the structure of the Bank's loan portfolio in 2019 increased to 53% (915.3 billion tenge) from 43% (721.7 billion tenge) in 2018. The share of the loan portfolio in the national currency on the part of DBK has increased almost 12 times since the creation of the Baiterek Holding in 2013.

2019 is also marked by the commissioning of significant projects for the country, which have a large multiplier effect on the industry of Kazakhstan: this is a high-tech plant for the production of ferrosilicium in Karaganda - YDD Corporation LLP, a plant for the production of power transformers of in Shymkent - Asia Trafo LLP, Saryarka Main Gas Pipeline, modernization and reconstruction of Shymkent Oil Refinery, it was completed the construction of a complex for deep refining at Atyrau Refinery. The Bank is also actively increasing its competence in the field of renewable energy sources; last year, Nurgisa Solar Power Plant in Kapchagai, Zhylga Solar Power Plant in Turkestan region and Astana EXPO-2017 Wind Power Plant in Akmola region were launched. 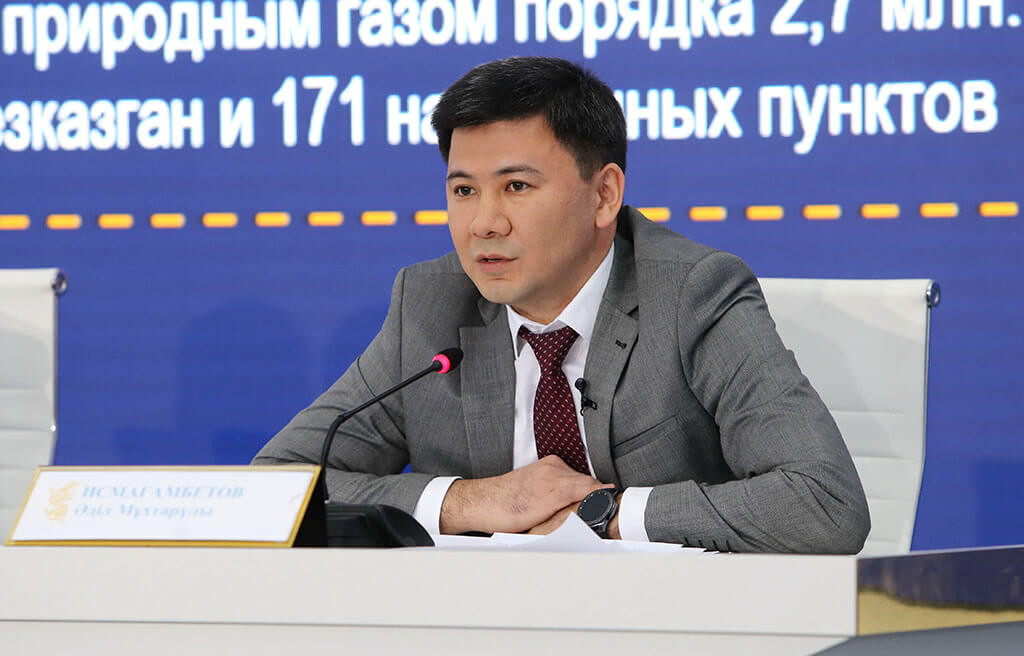 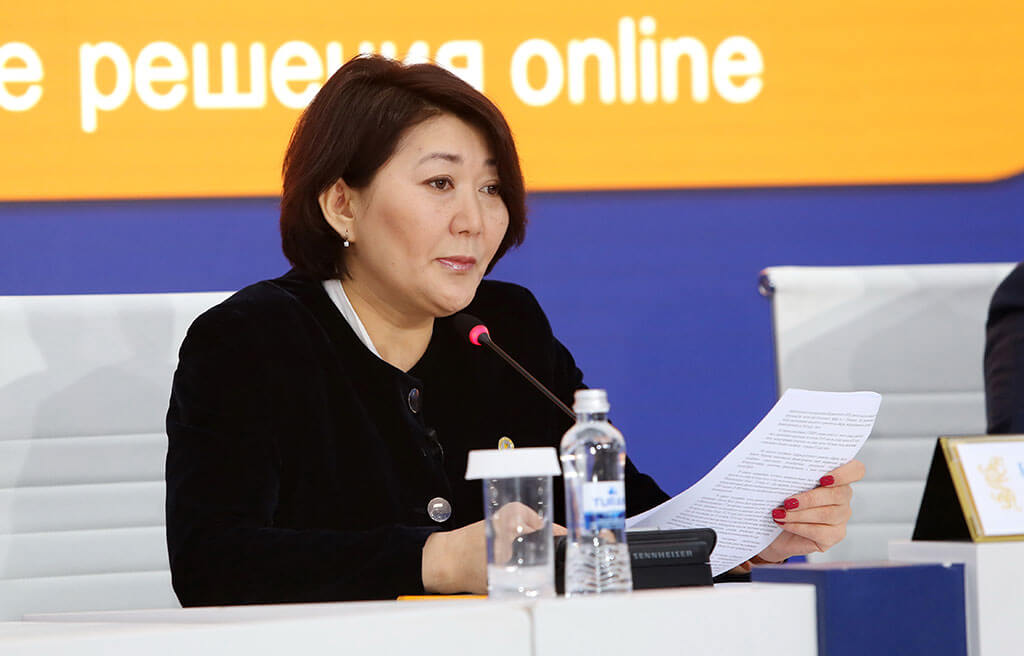 The Bank's strategic plans include achieving key indicators set by Baiterek Holding and the Government, actively supporting Kazakhstan's exporters, developing competencies for financing "green projects", RES and environmentally friendly projects in the manufacturing industry and infrastructure, working together with second-tier banks on projects, as well as cooperation with international investors.

Development Bank of Kazakhstan JSC, a National Development Institute specializing in the financing and development of large-scale infrastructure and industrial facilities on the territory of Kazakhstan. The Bank offers a convenient structure for financing projects - from the investment phase to supporting the export of finished products. Financing "threshold" for investment projects is from 7 billion tenge, for the food industry - 3 billion tenge, for export operations - from 1 billion tenge. In order to increase information transparency, the Bank has also expanded the database of publicly available information about projects that are under administration, financing and consideration by the DBK. On the Bank's website http://www.kdb.kzthe information about the main terms of financing and general information on projects are available.