Everyone knows that global markets are going through hard times because of the pandemic associated with the spread of coronavirus. Widespread quarantine, various restrictions and border closures have affected the financial and economic situation of almost all countries. Businesses, regardless of their type of activity, are also tested for strength. It is at this time that the role of financial institutions is particularly important. We share one of the real examples when the Anti-Crisis Plan was implemented in practice, as a result, the operating company was able to get out of a difficult situation and continued its work. In 2005, for the implementation of the project on expansion of Aktau seaport to the North, NC "Aktau Sea Commercial Port" JSC (hereinafter – Aktau Sea Port) attracted financing from Development Bank of Kazakhstan JSC (hereinafter – DBK, the Bank, the subsidiary of Baiterek Holding) for a total amount of USD 82.2 mln.

At the expense of borrowed funds of DBK, Aktau Sea Port built protective hydrotechnical structures with a pier and a breakwater, which protect the infrastructure of the existing port from wave impact and form a water area to the North; dredging works in the northern water area were carried out at own expense.

Commercial berths and land infrastructure as part of the project on the expansion of Aktau seaport to the North were built in turn by Aktau Marine North Terminal LLP (hereinafter - AMNT LLP). 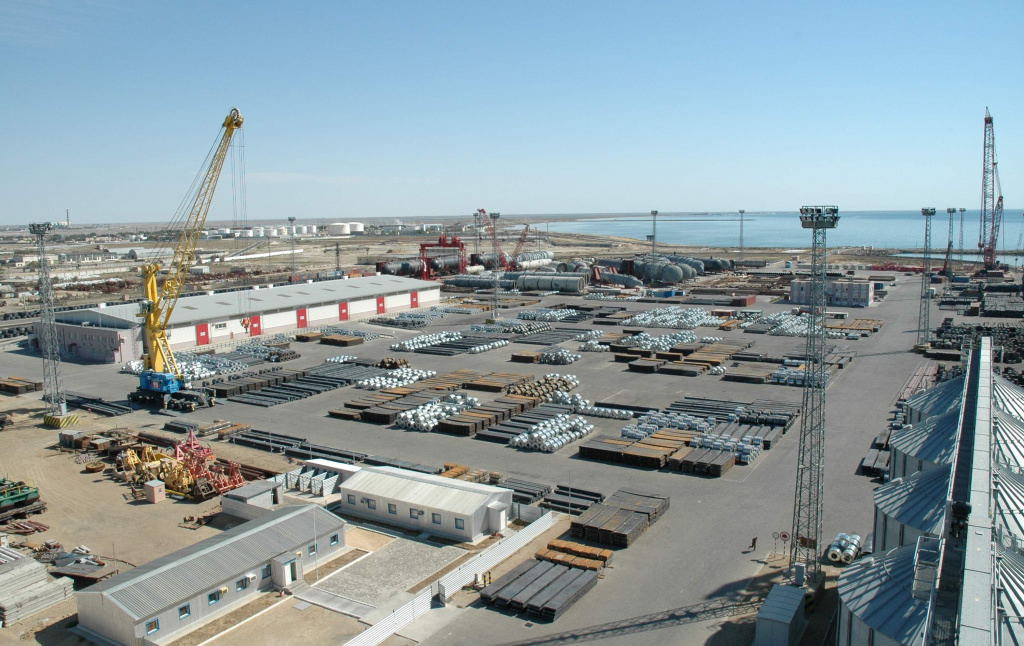 The infrastructure created by Aktau Sea Port to the North allows sea vessels to enter for loading/unloading at the berths of AMNT LLP, and has increased the port's ability to service sea vessels.

Aktau Sea Port is the only commercial port in Kazakhstan that has been operating since 2002 according to the international standards of ISO 9001 Quality Management System, which meets the requirements for the safety of navigation and ship maintenance. Aktau Sea Port is also one of the city-forming enterprises of the region. The company currently employs 472 employees. The maximum capacity of the port is 17.5 million tons of cargo per year.

This year, due to the pandemic, and as a result of the crisis in the world market of petroleum products, slowing trade, it is expected that a little more than 3 million tons of cargo will pass through the port.

It should be noted that the largest share of cargo sent through Aktau seaport has traditionally been oil, and in the total structure of cargo it was about 60%. Since 2009 there has been a gradual decrease in the volume of transshipment of crude oil for export through Aktau seaport, from 11.3 million tonnes in 2009 to 2.2 million tons in 2019 that is more than 5 times, due to the reorientation of the cargo flow on pipeline transportation.

In recent years, the volume of transshipment of oil amounted to an average of 2.2 million tons per year.

This is especially painful for local companies that ship oil in small volumes (their share is 500 thousand tons per year). 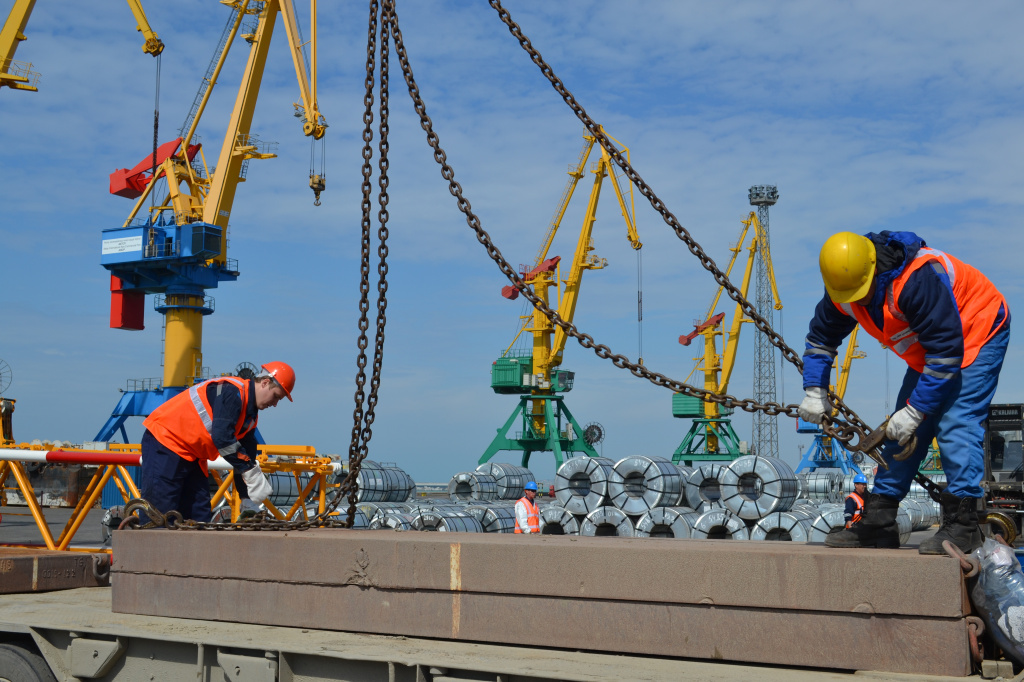 Cement from Iran is imported to the country through Aktau Sea Port, but currently, in order to maintain the domestic producers, the Government of Kazakhstan has introduced a ban on the import of cement (for a period of 6 months) from third countries. For this reason, Aktau Sea Port does not receive revenue from transshipment of cement. At the moment, the shipment of seasonal grain cargo has already been completed, and the next shipments will be exported abroad only in autumn.

It should be noted that the coronavirus pandemic also affected the transportation of transit cargo from China through Aktau Sea Port.

Currently, the lost volumes of transit cargo from China are partially compensated by the volumes of non-ferrous metals cargo from Uzbekistan to Turkey in transit through Aktau Sea Port.

In this regard, Aktau Sea Port has requested Sovereign Wealth Fund "Samruk-Kazyna" JSC, NCE "Atameken" and the Ministry of Industry and Infrastructure Development of the Republic of Kazakhstan to provide support to the port, including deregulation of tanker ship services, exemption from part of taxes and suspension of interest accrual on loans of DBK. 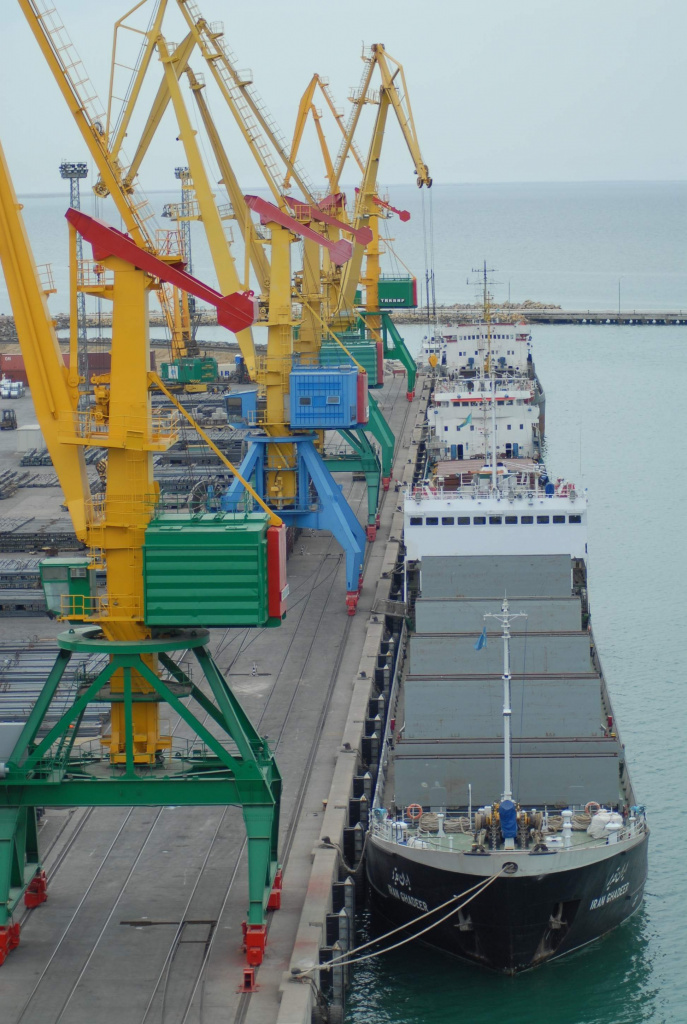 Also, Aktau Sea Port requested Development Bank of Kazakhstan to suspend the accrual of interest for the period of the state of emergency in Kazakhstan and to postpone the payment of the principal debt and interest under the current Bank loan Agreement till November this year.

Based on the results of the consideration of the port’s request, the competent authority of DBK decided to transfer the next payments on the principal debt and interest from May 15 to November 15, 2020.

“This delay will allow us to level the situation and maintain the company's financial strength. And it should be noted that we have saved jobs, managed to avoid cuts and leave of absence unpaid. During the quarantine and in order to optimize expenses, including the Payroll Fund, a part - time mode was introduced, certain categories of personnel were put on partial downtime - they worked for a week, then were idle for a week. They receive 50% of the average salary for idle time, and on the days when they worked, they received a full salary. But none of the staff was out of work. Due to the delay in the payment of DBK, we have saved jobs, and are able to pay salaries,” - said the administration of the sea port.

It should be noted that in December 2018, after the request of the Aktau seaport, DBK restructured foreign currency loans into KZT, the national currency, with a interest rate of 7% per annum, with a three-year extension of the loan repayment terms.

Undoubtedly, the measures taken by Development Institutions, in particular DBK, are aimed at supporting and keeping domestic enterprises afloat, and this is especially important in the current situation. We believe that Aktau Sea Port will remain the flagship in the field of port activity.